Nouns that project belong to clearly defined classes, verbal process nouns (locutions) and mental process nouns (ideas); they correspond rather closely to, and in many instances are derived from, the verbs used in the projecting clause, especially the reporting ones. Some of the principal nouns of projection are set out in Table 7-26. 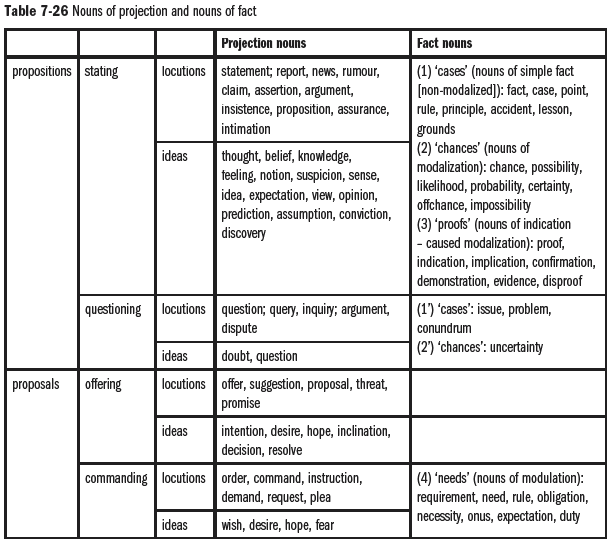 The nature of the realisation of the embedded clause depends on the speech functional subcategory:


(a) stating: projected clause either (i) finite, that + indirect indicative, or (ii) non-finite, of + imperfective


(a) offering (incl. suggesting): projected clause either (1) non-finite, to + perfective or of + imperfective, or (ii) finite, future indirect indicative

(b) commanding: projected clause either (i) non-finite, to + perfective, or (ii) finite, modulated or future indirect indicative