The two different number systems operating with specific and non-specific determination apply to all nominal groups, but the typical range of determiners and the semantic patterns of agnation depend on whether a given nominal group refers to

(ii) to a class to which members belong (general, or ‘generic’, reference): see Table 6-7. 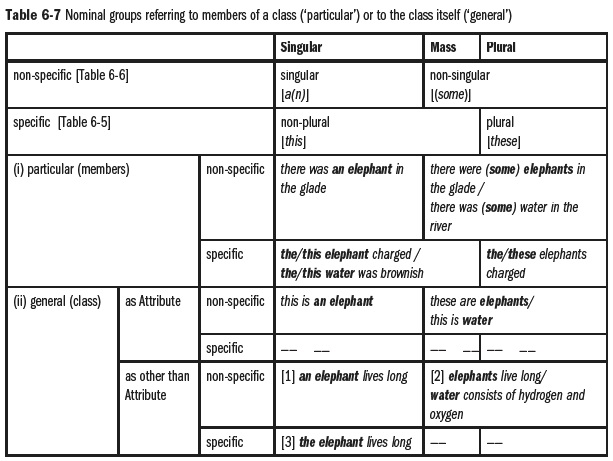 
Note that this is 'reference' in the sense of ideational denotation, not in the sense of cohesion — nominal groups don't refer in the cohesive sense.  Matthiessen here risks imparting the same confusion found in Martin's (1992) model of IDENTIFICATION (reference as semantic choice).
Posted by Dr CLÉiRIGh at 12:00 am